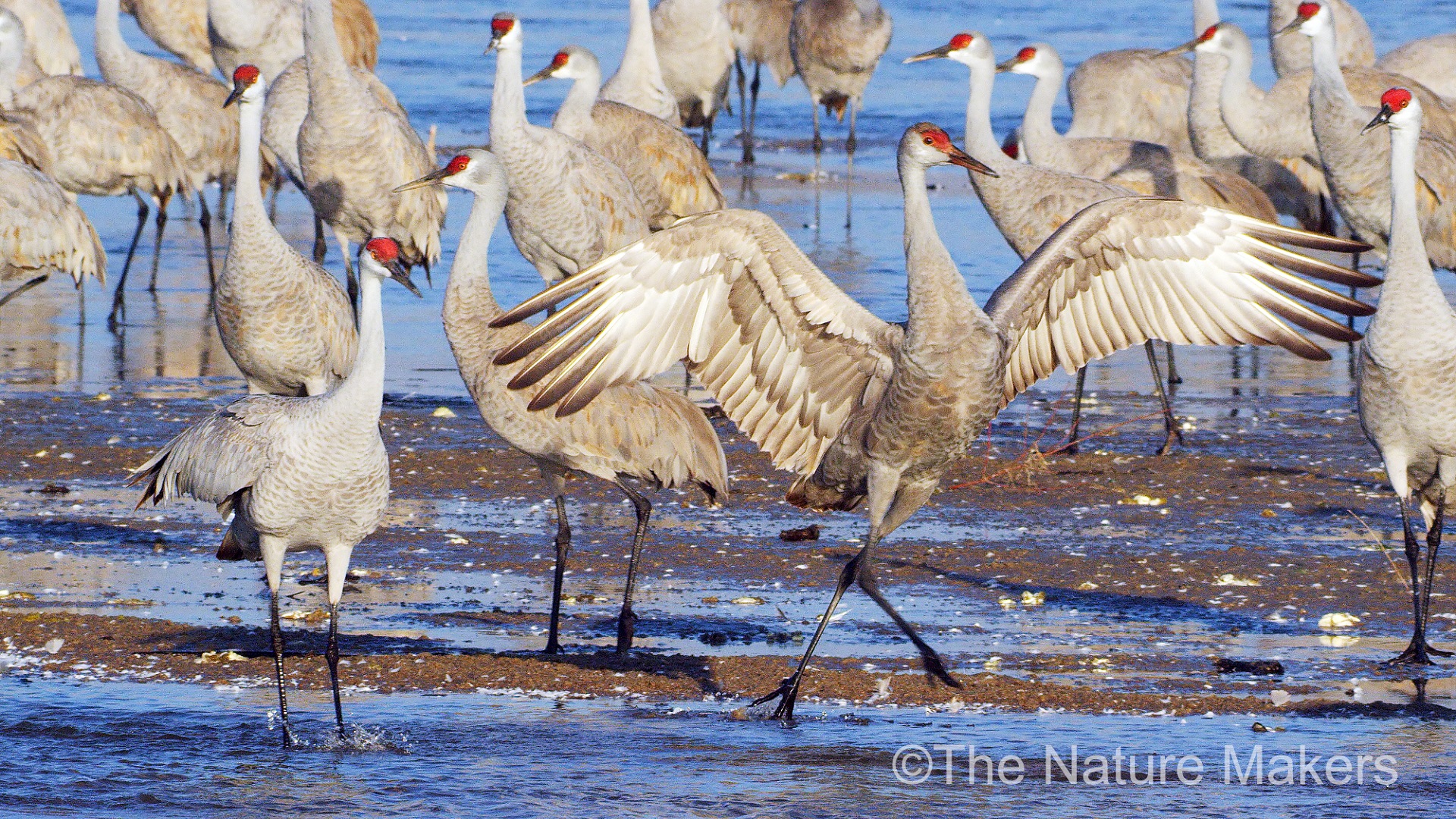 If Misty Copeland and Michael Phelps had a bird baby, it would be a Sandhill Crane. With a wingspan of up to seven feet, Sandhill Cranes spend most of their lives pirouetting and leaping in freshwater wetlands.

The Great Lakes Region boasts the largest roosting area in the spring and summer months, but they’ve been largely absent from Northwest Ohio for decades.

The historic Great Black Swamp that once encompassed this area spanned an estimated 1,500 square miles – more than double the area of the Okefenokee, one of the world’s largest remaining intact freshwater ecosystems and a favorite wintering spot for Sandhills.

In the mid-1800s, our local swamplands were gradually drained and settled, turning this ideal habitat into productive farmland and forcing the crane population to take up residence elsewhere. Sandhill Cranes were listed as an Ohio endangered species in 1985 due to the decreased numbers resulting from habitat loss.

Efforts to preserve and restore these important wetlands began in the mid- 1900s and bird populations have slowly started to return.

Since our founding in 1993, the Conservancy has been a driving force for protecting and restoring wetlands in this region. Just last year, we purchased the 226-acre Little Auglaize Wildlife Preserve in Paulding County. And, this summer we spotted a pair of Sandhill Cranes nesting in the property’s restored wetlands. Sandhills don’t usually breed in Ohio, but ODNR has documented over 20 pairs that are making their homes here.

Designated a sensitive species area, Little Auglaize is also home to pheasants, Chorus frogs, Midland painted turtles, river otters and Indiana bats (a federally endangered species), as well as 48 other species of birds and more than 20 species of dragonflies and damselflies.

The return of the Sandhills and the presence of these other threatened species underscore the vital importance of land preservation, recovery and restoration in supporting wildlife populations.