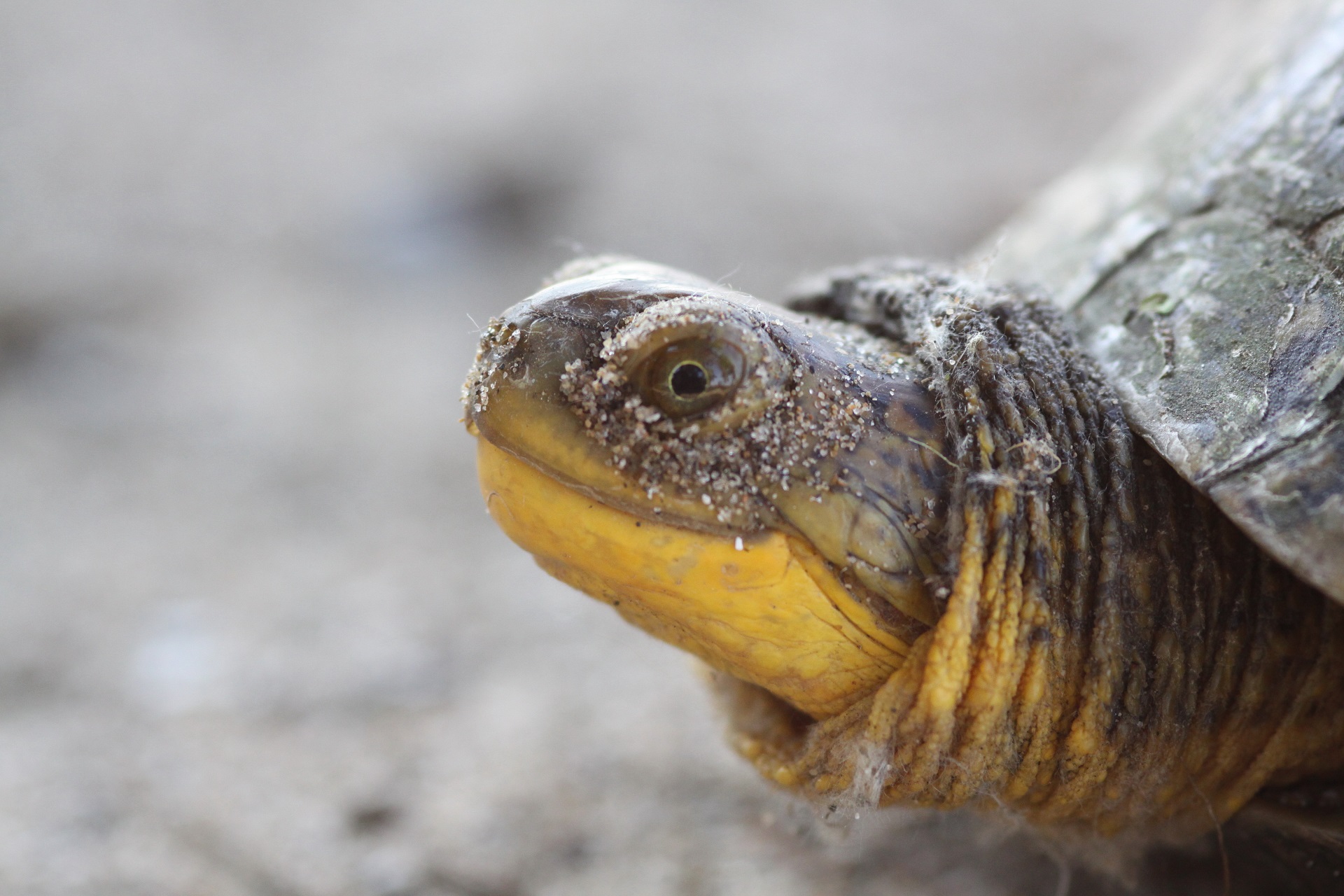 In 2019, The Toledo Zoo along with partners at OSU’s Ohio Biodiversity Conservation Partnership, the Ohio Division of Wildlife, Michigan Natural Features Inventory, Michigan Department of Natural Resources, and the University of Purdue-Ft. Wayne were awarded a Competitive State Wildlife Grant from the U.S. Fish and Wildlife Service to conduct Blanding’s Turtles surveys in Michigan and Ohio.

The goal of this project was to fill in data gaps by assessing Blanding’s Turtles (an Ohio Threatened Species) populations using standardized surveys, genetic analyses, and distribution models to guide management efforts. In Ohio, we had two, 6-person teams surveying 37 wetlands throughout the northern part of the state from April through August. This effort resulted in the capture of 217 Blanding’s Turtles, 689 Snapping Turtles, and 2,215 Painted Turtles.

These surveys identified one of Black Swamp Conservancy’s properties in Ottawa County as one of the most significant hotspots in Ohio – with 103 Blanding’s Turtles from all age classes, a truly rare scenario. The success of this site has been the source of much discussion and will likely play a role in long-term Blanding’s Turtle conservation efforts in the state.

Overall, the Zoo’s statewide efforts resulted in the largest turtle dataset in Ohio. These data will provide important information to ensure turtles continue to be a part of the rich natural heritage of the Lake Erie Basin.

We are always looking for more information regarding Blanding’s Turtles and encourage anyone who has seen one to email turtles@toledozoo.org.

Written by Matt Cross, Conservation Biologist with the Toledo Zoo